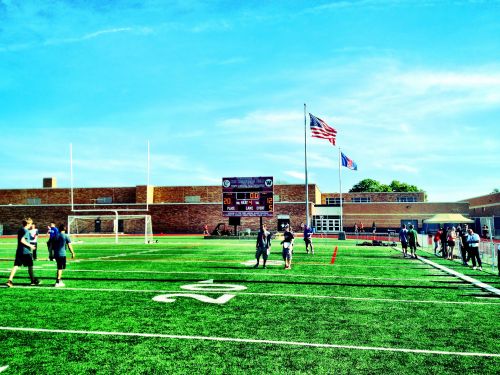 While most of this spring’s outdoor track season has taken place in weather more fit for indoor competition, warm temperatures and blue skies greeted athletes at the Kane County boys track meet held at West Aurora on Friday.

Geneva and Kaneland both came out on top, tying for first with 74 points each. West Aurora followed in third place with 65 points.

St. Charles North had the best showing among area schools, finishing fourth with with 56 points. Burlington Central took sixth place with 44 points while South Elgin followed close behind in seventh with 40 points.

St. Charles East took tenth with 32 points, Elgin finished 11th with 31 while Streamwood ended up in 12th with 10. Larkin finished 14th with four points, while Dundee-Crown came in 15th with one point to round out area schools.

Declan Duggan was the North Stars’ lone individual champion, finishing first in the 3,200 with a time of 9:39.04.

“To win this meet as a senior, it’s a big deal,” said Duggan. “It feels good, I really can’t put it in to words. It’s a good feeling.”

Hodges, who has been battling a heel injury, said he was surprised by his high jump performance.

“I almost got 6-9 which would have been a personal best. I know I can make that jump, I’m pretty sure I can get it next week,” said Hodges, who finished second in the high jump at last year’s 3A state meet.

Burlington-Central’s Clint Kliem set a Kane County record in the 1,600 meters, winning the race with a time of 4:18.76. The senior broke the old record, set by St. Charles North’s Matt Desilva in 2006, by just .08 seconds.

“We’ll see a lot of these teams in the state series, so it was just great prep for that,” said Kliem. “The best of the best will be there and this is how I’ll need to preform.”

Seventh-place South Elgin was paced by Jeff Broger, who took first in both the 200 (22.41) and 400 (49.67). The junior was pleasantly surprised by his double championships.

Mazanke also took home second place in the 800 (1:53.56), finishing behind Geneva’s Peter Archibald who set a Kane County record in the race.

“Racing against Peter is always fun, he’s a great athlete,” said Mazanke. “It’s a little bit of blow not to win, but it’s not the last time we’ll race. I’m sure come state finals, we’ll be neck and neck again.”

Elgin’s Devante King was the champion of the 110 hurdles race and the anchor of the Maroons’ first-place 4×200 relay team. King was also a part of Elgin’s second place finish in the 400 relay.

King said he had spent most of his time in recent practices focusing on relay races, not the hurdles.

“I just winged it. I hadn’t practiced the hurdles for two weeks straight,” said King.

“We won this race last year, so it’s not a surprise,” said Holder. “But it’s definitely a big goal that we had, and we got it. Now we just need stay hungry so we can get a conference, sectional and state championship.”

Holder, the 2011 Kane County 100 meter dash champion, did not run any individual races on Friday but said he plans on running the 100 at sectionals in two weeks.

I wrote this story for the Chicago Sun-Times and Elgin Courier. It appears here. 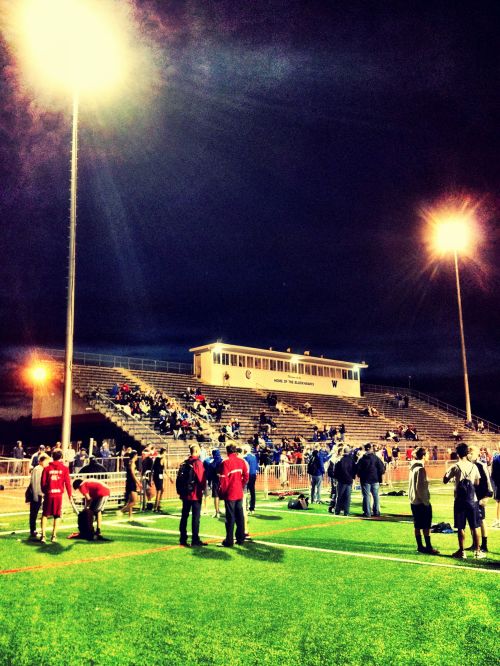